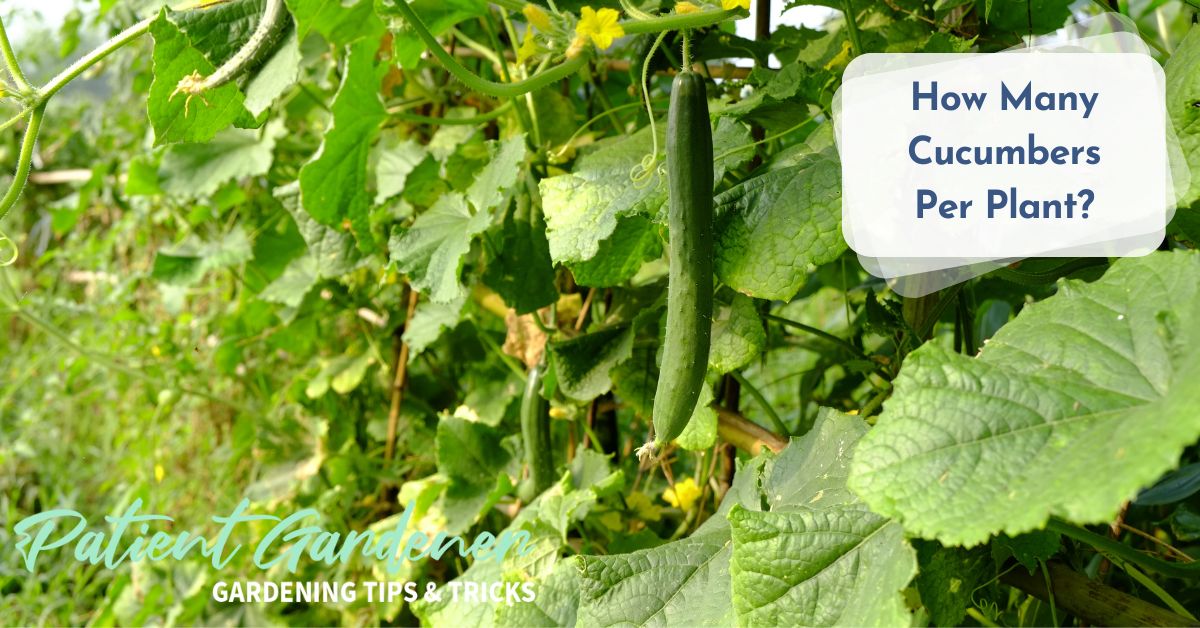 How Many Cucumbers Per Plant

Want to know how many juicy cucumbers you can be expected to harvest off each plant? well then this is the guide for you, let’s have a look and find out.

How Many Cucumbers Per Plant?

A good guide is 10 cucumbers per plant, there are obviously a lot of factors that can affect this but this is a good place to start from.

As I said there are many different factors that will affect how many cucumbers you will get off each plant and I will dive into some of the more common ones below.

Here is a cucumber plant currently happily growing away in my polytunnel up at the allotment. I think I can count 5 cucumbers just in this one photo which covers nowhere near the full plant.

This just shows you how productive cucumbers can be and with the right conditions, you can get a lot of cucumbers off each and every plant.

So let’s have a look at what can affect the number of cucumbers you could be expected to get off each plant.

Different varieties of cucumber produce different amounts of cucumbers, it’s as simple as that really.

Smaller varieties produce smaller fruit but more of them while larger varieties can produce mammoth cucumbers but in smaller quantities.

Then some cucumbers are just more productive than others, these are normally sold as “heavy croppers” on the seed packet.

Cucumbers like the sun and warmer weather which is why we commonly grow them in greenhouses or polytunnels here in the UK.

While it is possible to grow them outside, and there are specific outdoor varieties, they don’t produce as much fruit and are a lot more dependent on good weather to grow.

Lots of rain and a cold start to the summer can really harm your cucumber crop if it is growing outside, even growing inside it can still be far less productive in poor weather.

Is your cucumber growing in a rich bed full of compost and nutrition? Or maybe it is in a growbag? or is it in much poorer soil? All of these will affect how many cucumbers you get per plant.

The poorer the soil the smaller you cucumber plant will grow, which will, in turn, mean it produces fewer cucumbers.

Grow bags can be ideal for growing cucumbers indoors but don’t overdo it. 2 or 3 cucumbers per bag is plenty depending on the size of the bag.

Try and squeeze too many cucumbers into one grow bag and there simply won’t be enough nutrition to go around which means all of the plants will be much smaller.

Growing in a really healthy bed in a greenhouse or polytunnel is the best way to grow them and you will be rewarded with huge growth.

Then there is watering, cucumbers love being well watered. If watering is not kept on top of growth can be stunned which again will lead to smaller harvests.

This is a photo of some cucumbers being grown commercially, just look at how many cucumbers they are getting per plant.

Now, this is well above what we can achieve on our allotments but I thought I would include it as it shows what the plants can achieve when the conditions are perfect.

Bare in mind this will probably be in a temperature-controlled glass house and probably have artificial light on them overnight as well as god knows how many fertilisers but still, look at them go!

When The Plant Was Sown

And finally, when the plant was sown will affect how many cucumbers you get off it. If you sow the plant too late into the season you will be fighting against the weather to get all of the cucumbers off it in time before cold weather arrives and kills the plant off. 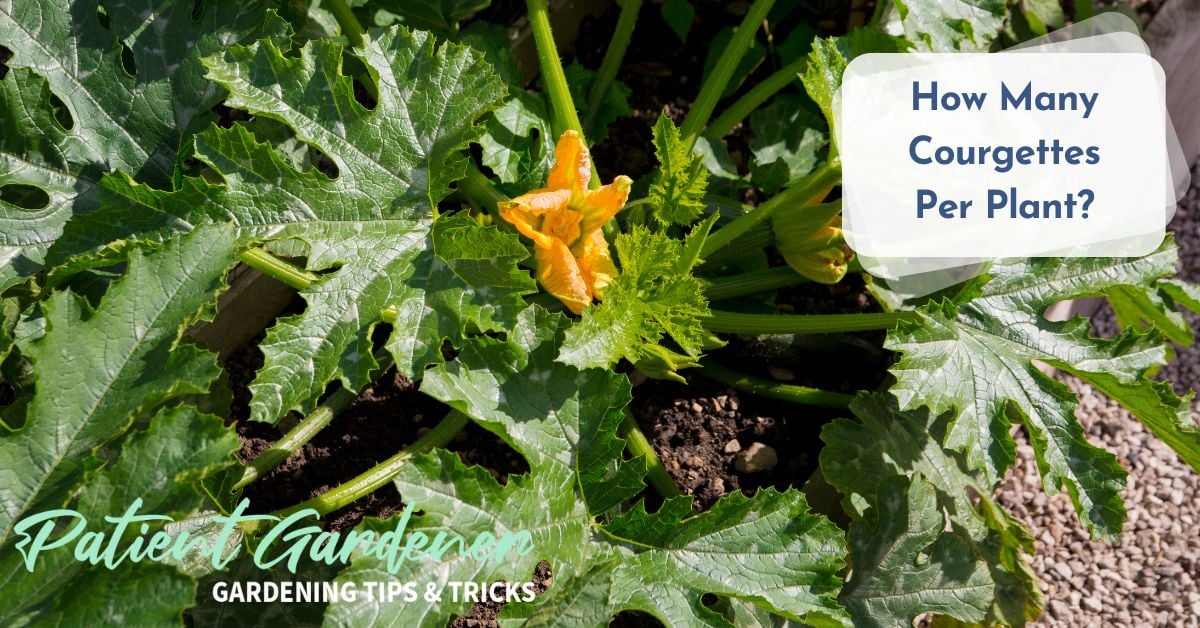 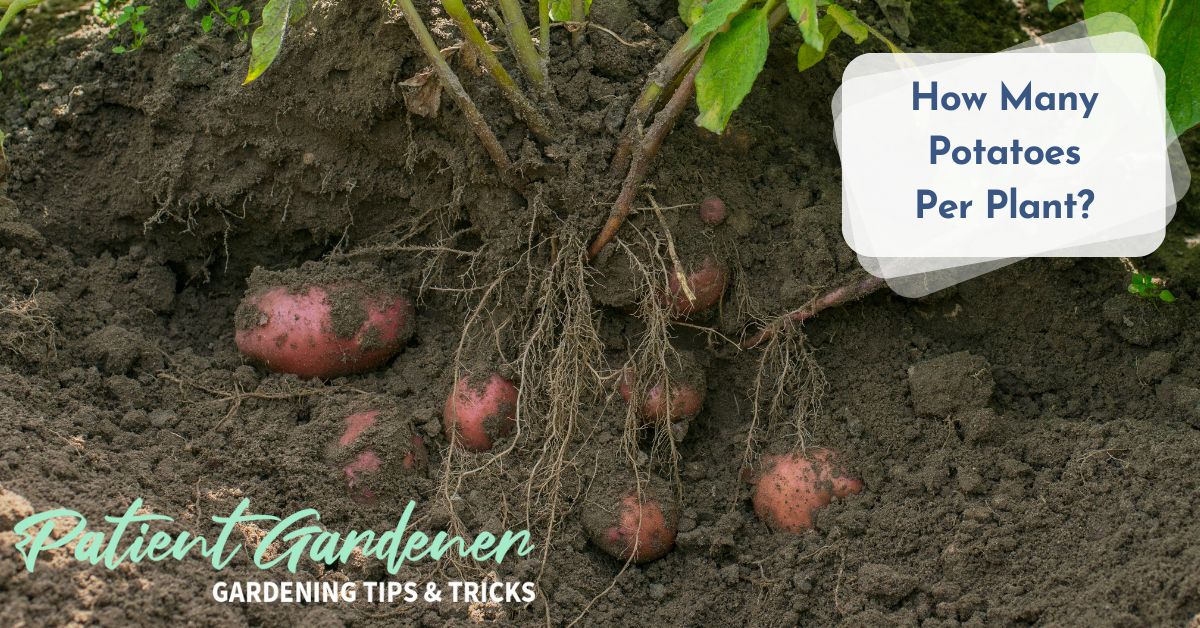