How to get rid of weeds in block paving 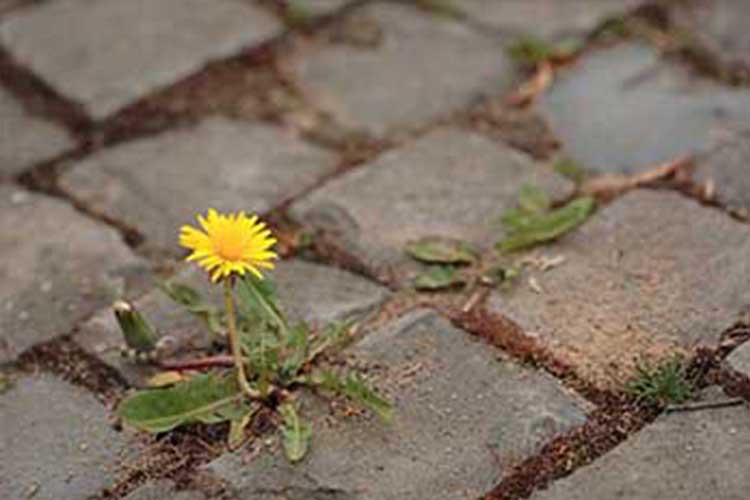 One of the most frustrating things about Block Paving is weeds growing in between the gaps. They can make your beautiful paving look unsightly. They can also be incredibly tedious to remove! Luckily for you, we have gathered together some of the most effective ways for you to remove them and condensed it all into one article.

Your methods of attack

There are a few different weapons you have in your arsenal, each with its own pros and cons. We will go through them all here.

There are untold numbers of various weed killers on the market today. Including ones specially formulated for driveways and paving. Most weed killers are very toxic (you don’t say!) and this puts a lot of people off using them. This especially affects pet owners and parents with young children or grandchildren.

Weed killers are really effective, so if you just want maximum weed removal and are not bothered about using toxic chemicals then they are a great option.

To achieve the best results with weed killers it is always advisable to apply them whilst weeds are actively growing. I like to give them a blast early spring and then finish off any survivors with another spray in mid-summer. Targeting the weeds while they are growing will make the roots suck the weed killer up and transfer it to the root of the weed, allowing for much better weed killing.

Weed burners are a rather novel way of removing weeds for many people. They come in two forms, electric or gas-powered. The electric ones can quite often take a while to get up to temperature and also can take a while to burn the weed. So don’t expect to quickly tackle a full driveway with an electric weed burner. For larger areas, we would definitely recommend a gas burner. Again this comes with its own caveats though. Many of the smaller cheaper burners that come with an attached camping gas cylinder will burn through their tanks incredibly quickly, again making them unsuitable for large drives. For larger areas, we would suggest a proper burner with a trolly to carry a gas canister. These are great if you have a large drive and don’t want to use poisonous chemicals.

There are numerous specially designed hand tools available to help you remove weeds from block paving. Normally designed as small scrapers they allow you to efficiently get into the gaps between pavers and pull up those weeds. They are a great method of removing weeds in an environmentally friendly way. However they obviously have their drawbacks, it is very tedious to clear a full driveway this way, not to mention bad on the back and knees! However, if you follow the little and often mantra they can be a very useful tool to defeat those driveway weeds.

I have to be honest, I had never heard of these until I did some research for this article. But after reading up on them I can see the appeal, particularly for older users who may not be able to bend down easily to manually remove weeds. essentially this machine is a rotating wire brush with a long handle that helps to pick up weeds and sweep them out of cracks.

A popular two for one! Clean your drive and blast away the weeds at the same time. This is a very laborious process so its not recommended to do this regularly. However a good jetwash once or twice a year followed by a re-sand of the cracks will keep away most weeds.

The good old fashioned method. Get down on your hands and knees and pull those suckers out manually. Unarguably the most environmentally friendly way of removing weeds. However, this is very time (and back) consuming. Not really a realistic approach for many people.