If this is one of your first seasons growing lupins then you will inevitably be anxious to see your first beautiful flower spikes, but when do lupins start flowering? Well, it can vary a little depending on a few different circumstances, so let’s find out below!

When do lupins flower?

Lupins can begin to flower as early as May and last throughout the summer and through into September if cared for correctly. Being cared for means proper deadheading, we have a full how-to deadhead lupins guide here.

New plants grown from seedlings or cuttings will take longer to establish themselves and will flower later in the year than those coming back from the previous year. Early may blooms are only possible from perennial lupins growing from a strong root system developed the previous summer.

With new plants, you can expect to see flowers towards the back end of June or the start of july. These blooms will not be as large or plentiful as the older plants will.

Lupins are a beautiful flower that you will find in many British gardens. Lupins are a staple of British cottage gardens, famed for both their height and colour. Originally hailing from the Mediterranean they are a perennial that will greet you with a gorgeous display year after year. They produce a large flowering spike that is full of colour and each plant can have lots of these spikes leading to a fabulous display. They will begin to flower around may and can last well into June. The flowers do go to seed quite quickly but your lupin will continue to produce more and more new spikes. To get the best out of these spikes though it is essential to deadhead the old spikes to give the new ones chance to flourish. Also cutting your lupins back in autumn can help them the following spring. The seeds are edible but if not treated properly first they can be poisonous to animals and humans. 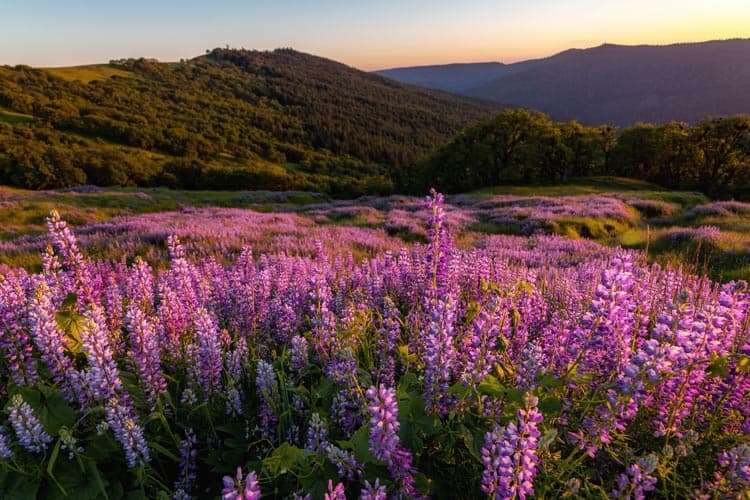 Lupins will really start to grow and put on foliage after the final frost has passed. You can make this earlier by growing them in a greenhouse or even indoors in early spring before moving them outside when the risk of frost has passed. This will get the plant developing earlier than those just left in the ground over winter.

If managed correctly you can achieve early flowers in springtime from your lupins.

Like all plants lupins have a built-in desire to create seed to grow the next generation of plants. As gardeners, we can exploit this to achieve endless flower blooms throughout the summer.  This is a tactic I have recently started employing with my own lupins. As the flowers die they will inevitably turn to seed pods, as far as the best display is concerned this is far from ideal. So you can begin to cut these pods off as soon as they appear. They will start at the bottom of the spike and work their way upward. If you begin to remove the individual pods as soon as they appear the pant will put more of its energy into new flowers rather than developing seed.

Once your spike is completely done you should deadhead it. This way you will often find you get a second bloom from your lupins. While often not as spectacular as your first bloom it is still well worth the effort. The second bloom of lupin is often smaller than the first but still beautiful in its own right.