If you are struggling with weeds in your garden, then you will have undoubtedly pondered the use of weed killer. When using a weed killer, it is crucial to apply it at the correct time. So when should weed killer be applied?

There are two major types of weed killer that most gardeners use, depending on the kind of weed killer you plan on using you will want to apply them at different types of year.

As the name suggests, you apply this weed killer before you start to see the first signs of weeds emerging. So with this type of weed killer, you will want to apply it over winter or in early spring.

The idea of pre-emergent weed killers is to stop the seed of the weed from germinating and therefore killing it before it even has a chance to grow. Many pre-emergent weed killers work best when reapplied around 8-10 weeks after the first application. Consequently, you want to apply the first lot of weed killer early in the season, think December or January as this will then give you enough time to get the second dose down before spring sets in.

One of the most common weed killers is glyphosate, and this is included in many of the branded weed killers currently on the market. These weed killers are designed to be used after the weeds have started to emerge from the soil. To work correctly, these chemicals need to come into contact with the weed and be absorbed by it, usually through the leaves. Post-emergent weed killers work at their maximum effectiveness against young weeds, so you want to be applying these weed killers in spring on young fresh weeds.

Another important factor to consider when deciding when should be applied is the weather or the weather forecast to be exact. You want to avoid heavy rain when using weed killer as this will at best dilute it, and at worst thoroughly wash it away.

As well as the rain, it would be best if you also considered the wind. Strong winds can also blow away your weed killer before it even has a chance to hit the soil!

This again is a critical consideration. Some weed killers, particularly the more potent ones, can stay in the soil for a long time. So your freshly weeded border may be too toxic to grow healthy, vigorous plants for a good few months after applying the weed killer.

A particular concern for me with veg patches is the toxicity of the weed killers and is the reason I grow all of my vegetables organically. You are what you eat, and I don’t want my vegetables absorbing all of the dangerous chemicals in weed killers.

If you are facing a substantial weed problem, then a great way to tackle this can be to chop the weeds down before applying weed killer. This can really damage the weeds before you even apply a weed killer.

Now that the weeds have already been damaged the weed killer will be a lot more effective and might just be enough to finish them off. 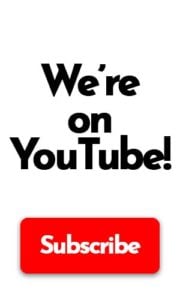